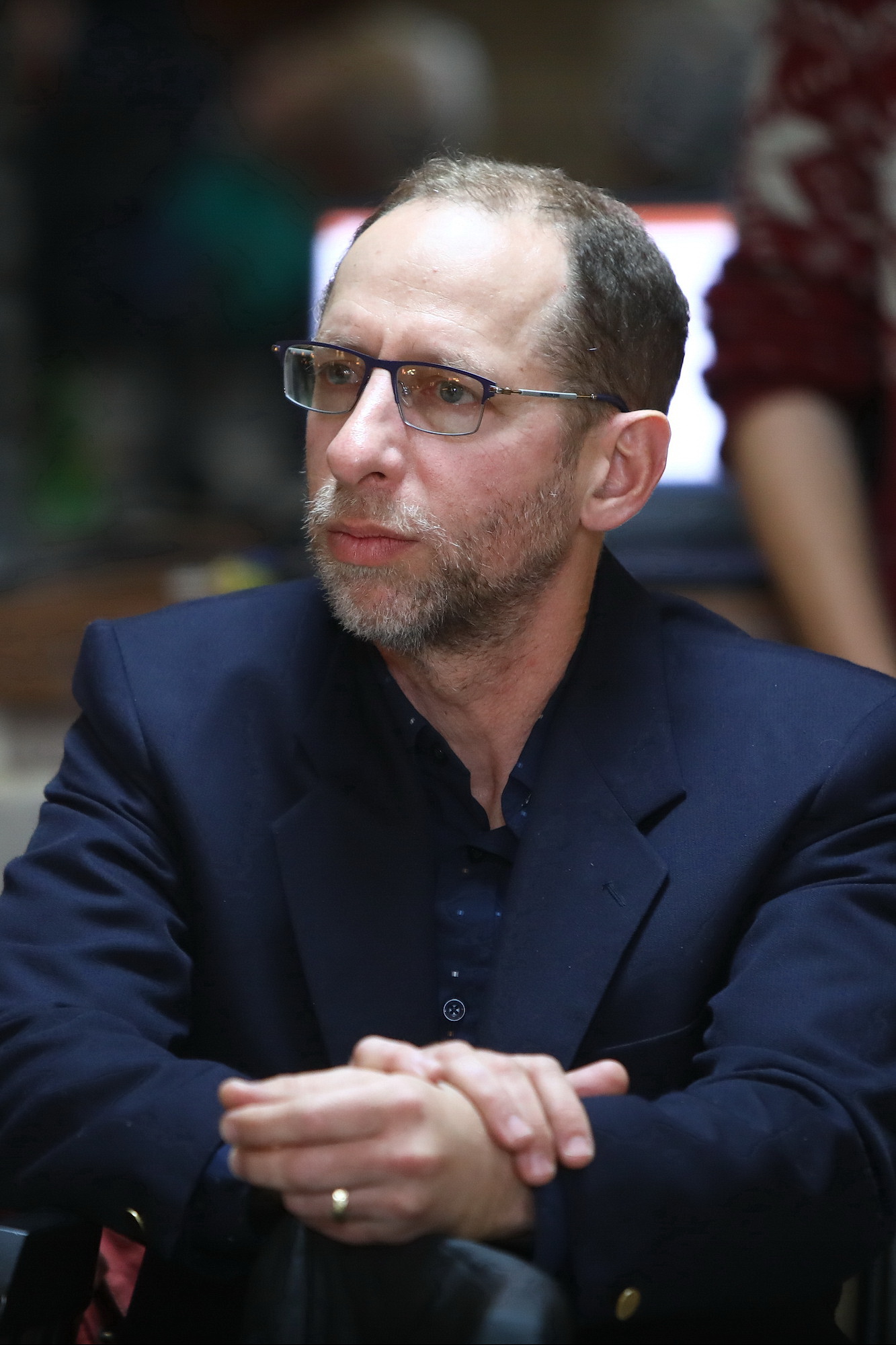 About Me:  A member of faculty at UC Berkeley’s Graduate School of Education, I am a Professor of Secondary Mathematics Education in the Area of Cognition and Development. I was born in Haifa, Israel, a gorgeous, diverse, and harmonious city straddling the ever-green Mt. Carmel on the Mediterranean littoral. I got an MA in cognitive psychology from Tel Aviv University and a Ph.D. in Learning Sciences at Northwestern University, then was a postdoctoral fellow at the Center for Connected Learning and Computer-Based Modeling. Also, I am a cellist. And a dad

Research Interests:  I care about mathematics learning. I am equally passionate about building activities for learning and building theory of learning. Design-based research allows me to do both. I use the practice of designing activities as a context for conducting empirical research, and then findings from the research lead to new insights about the nature of learning, which in turns lead to better design, and so on. In a sense, I investigate processes of learning and teaching through attempting to enhance their potential: I study not “what is” but “what could be.” The lab works with technologies ranging from paper and marbles to touchscreen tablets, agent-based simulations, motion capture, eye-tracking sensors, and artificial intelligence. We’re trying to scale up our reach, so that any kid with access to a computer can work with our activities.

I publish about theory of learning and about methods for creating activities for learning. My focus has been on creating and modeling situations in which learners coordinate between informal and formal views of phenomena, because that is how I think about conceptual learning. I want to empower students to “get it right,” and so I build situations where they can use their naive sensory perceptions, intuitive judgments, and physical coordination to interact productively with a set of materials, but then I introduce mathematical perspectives as complementary ways to “get it right.” I study the micro-moments as students figure out what the mathematical views enable them, whether they should adopt these alternative ways of engaging the world. I am curious how teachers facilitate these fragile processes through speech and gesture, cues, clues, and metaphors. I use constructivism, social cultural theory, and ecological dynamics so as to make sense of these reconciliations.

I’ve researched a range of mathematical concepts. For my doctoral dissertation, I used the multiplication table as a source for learning about proportion. During my post-doc, I worked in a computational modeling environment to build ProLab, a suite of interactive simulations for probability. At Berkeley, the Seeing Chance project further investigated whether students could coordinate informal and formal visualizations of randomness. Then Kinemathics has been investigating the sensorimotor roots of proportional reasoning. That’s where the Mathematics Imagery Trainer was born.

Current Research Focus:  Funded by the National Science Foundation, we are collaborating with UC Davis researchers to create Maria the humanoid virtual pedagogical agent. Maria lives in a large touchscreen. She teaches you how to move your hands in new ways that lead to learning new mathematical concepts. Also funded by NSF is the Debugging Failure that is evaluating a comprehensive pedagogical approach to fostering effective strategies for youth to cope with the struggles of computer programming. I joined Cal in August, 2005. On Dec. 15, 2011, at approximately 12:54:50 PM PST, I was promoted to Associate Professor with tenure. You can read the statement I submitted in Summer 2010, which elaborates on my work up to then. Then on Sep. 25, 2018, at approximately 15:42:23 PM PST, I was promoted to Full Professor. So now here is that statement, written in Spring 2017.

If you’re interested in joining the lab, please don’t be shy — just drop me an email. 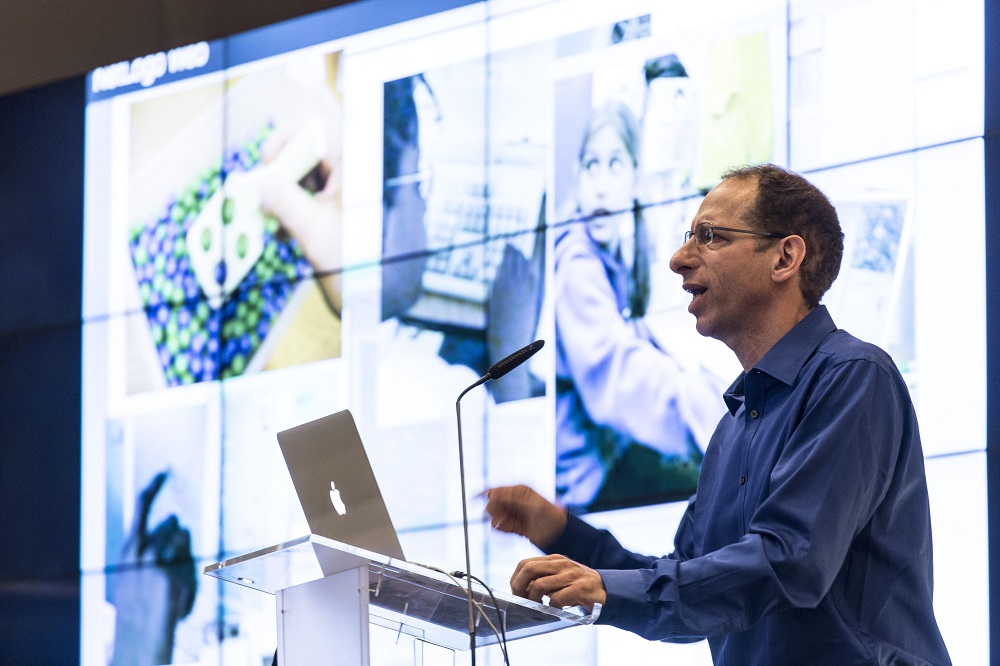 My Journal Articles (for the whole-ish list, go to our publications page)

A Ramble: When chefs write recipes, they put those instructions on paper not by looking at the words they’ve written and wondering which other words would be a good fit. Rather, the chefs imagine and experience sensations of flavor. You know, “Aha! If I only added some lime to that salsa, it would be fantastic on the tilapia!” When composers write music, they don’t ask themselves which are the most logical notations to put in the musical score. Rather, the composers imagine and experience sensations of sound. That’s actually called to “audiate.” You know, “Oh, if only a horn played the second theme now in a lower register, that would be mesmerizing!” So they make their decisions based on inspiration, creativity, and sense of structural constraints. Only then they put that down on paper in the musical score. And when mathematicians write proofs or solve problems, they don’t expect the meanings to be in the symbols themselves. Rather, meanings are experienced as sensations. Now, these are not sensations of flavor or sound but of action in space, action on imagined objects that are experienced as real or realistic, even if they are not substantive in the sense of concrete things in the actual world, and even if they are not truly palpable — so I am speaking about visual, kinesthetic, and somatic experiences. It’s only after they think that way that mathematicians articulate their thoughts on paper or the blackboard. All this has been known for a century now, through ethnography and philosophy, and recently through empirical research. This is not at all to mitigate the challenge of articulating sensations in formal signs. Rather, it is to say that there is no point in education programs that ignore the formative role of embodied reasoning in mathematics learning. Embodied design is an approach to instruction that recognizes the formative role of sensations and motor-action in generating new meaning and then negotiating these new meanings with the formal mathematical structures that children are to adopt, understand, and apply as complementary to, and empowering of their sensations. We view this approach as vital, and we view technology as offering new opportunities for implementing these transformational experiences in classrooms. Our research base offers examples for the effectiveness of this approach. In all this, we recognize that the educational transformations we envisage are systemic: they demand of all stakeholders — policy makers, teachers, students, and perhaps parents — to think in new ways of what it even means to understand mathematical concepts.

Message to the World

When you think of math, what do you see?

Well, it turns out from research in mathematics education that being able to solve mathematical problems by following some sequence of rules — an algorithm or solution procedure for writing and manipulating symbols — is perhaps important for passing a test that assesses that kind of knowledge, but that the rules are soon forgotten and no sense of the content remains.

Actually, it turns out, thinking mathematically — I mean really thinking, not just plug-and-chugging numbers — is more about bringing to mind all kinds of ideas and manipulating these ideas creatively.

But what this all means is that what many mathematics teachers are teaching and many tests are testing are actually just the tip of the iceberg in terms of what kids need in order to think mathematically; in order to really understand.

So, sure, I share with all educators the desire that children will learn and become fluent in mathematics. I mean, I’m a dad to kids in the educational system, and I want them to do well. Yet I’m concerned whether kids are actually making any sense of what they are learning rather than just following rote procedures, in the good case.

In fact, my life work is to create and evaluate new types of activities for kids to develop deep understandings of mathematical concepts. So I’m certainly not some kind of mad scientist up in the ivory tower inventing some weird ideas that are detached from the terrestrial need for core fluency with symbols. I’ve tutored thousands of hours, and I’ve been thinking about mathematics education for 20 years now.

Still, my worry is that basic sense-making is the most important yet most neglected aspect of mathematics education, to a great deal because of the accountability pressures that teachers experience. Because we teach for tests, we throw out the sense-making baby with the… wait, that metaphor didn’t work, so let me try another one. Oh yes, the assessment tail is waging the sense-making dog. Hmm… not quite. Well, you know what I mean — kids don’t get math.

It starts from about fractions, right? The big crisis. Why there? I could tell you about the difficult transition from counting numbers to rational numbers. There’s lots of research on that. But what is at the heart of this crisis? I mean, sure, so we can write papers about this until the cows come home. Or jump over the moooooon. But what can we do about it?

Let me tell you a story.

Just the other day, during my office hours — I’m a professor you see — I was chatting about this to an eager undergraduate student who is planning to become a teacher (yoohoo!). So I asked her what ‘addition’ is — what is the meaning of the arithmetic operation of “addition”. She answered, “It’s just, you know”

. And I said, yes, that’s certainly one way of thinking of addition. Now what is multiplication? And she said, “Well, you keep adding the same amount over an over, like in 5 times 3.”

Again I said, yes, that’s it. So I asked, “What is proportion?”, and she said, well… you have two numbers like in a ratio, and then you multiply them both by the same number and you get another ratio that is equivalent.” But this time she only gestured the numerical procedure – like, what you do to the digits themselves — she didn’t seem to have any image underlying this rote procedure, she didn’t handle the quantities themselves. That is, sure, a proportion is the set of two ratios that reduce to the same quotient. Ok, does that help you, uhhhhm, ‘feel’ what a proportion is? I mean, right, you told me how to make a proportion but what *is* a proportion — what does it look like?

That’s what I care for — helping kids build useful mathematical pictures in the head. Well, not exactly pictures and not exactly in the head — more like whole-body dynamic schematic images, sort of physically moving pictures… very simple pictures, like the “addition” picture we did with the fingers before

, so that we can all have a familiar gesture for proportion just like we have for addition. Let me show you what I mean:

Confession (well, you deserve one, gentle reader, having read all of this!): My nerdiest pastime is to find mean anagrams to the names of my numerous archenemies here. Oh, and another totally useless bit of information: My shortest publication ever is here, on p. 442.

END_OF_DOCUMENT_TOKEN_TO_BE_REPLACED 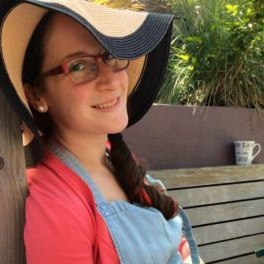